America's Complex Relationship with their Guns and Neighbors

Given the current political climate on firearms in the United States, I wanted to examine the differences in attitudes, opinions, and experience with guns among urban and rural Americans. Using data from the Pew Research Center, I created a journalistic infographic to explore America's complex relationship with their Guns and Neighbors. 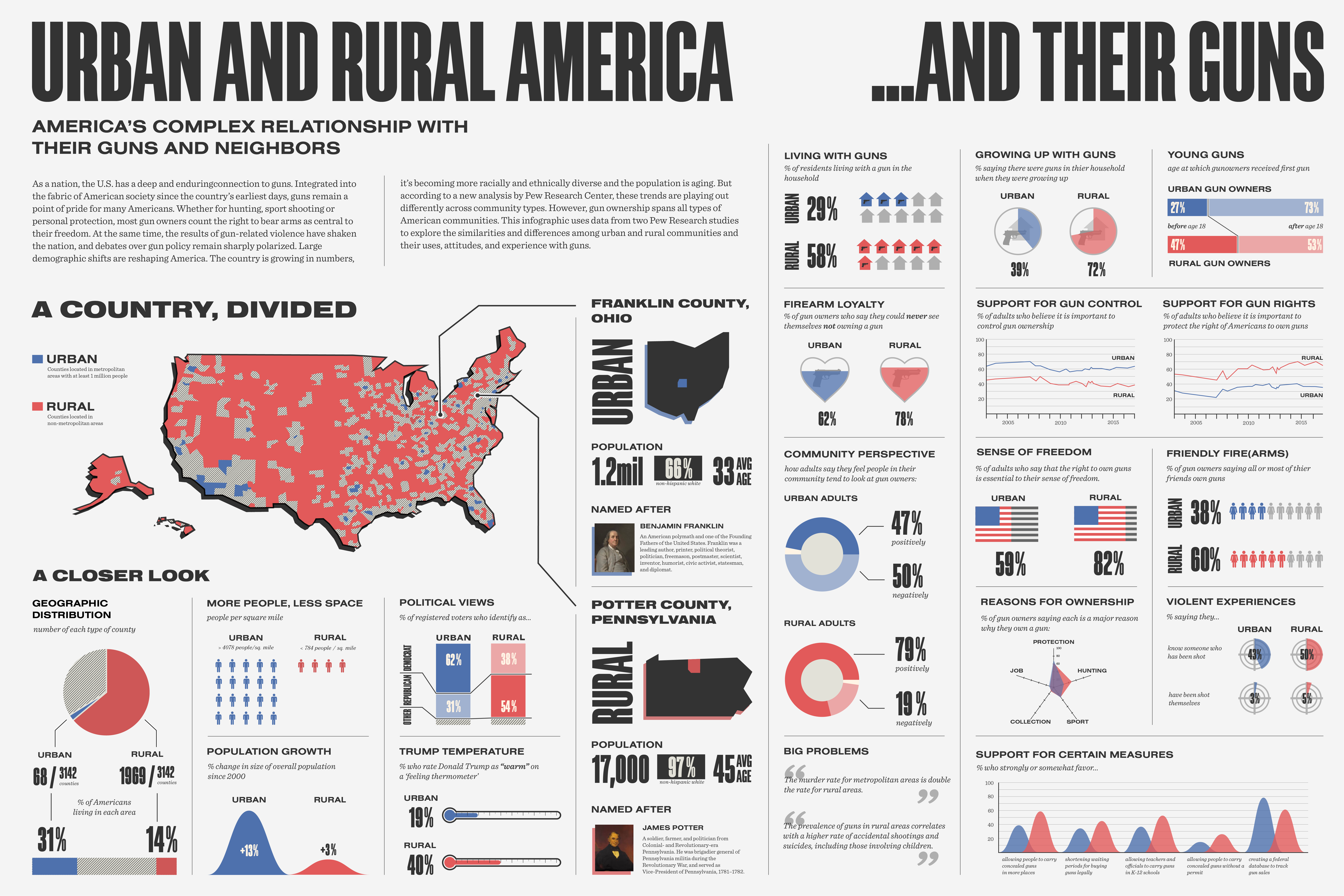 Vehicle exploration— Deciding between microsite or traditional poster. After a week of critique, I decided to move forward with a poster.
‍

Deciding between a large Venn diagram, a "funnel" approach, or a less hierarchical, journalistic style. I opted for a more journalistic, "spread" style in order to dismantle any perceived hierarchy of content.
‍

Green and orange? Red and Blue? Weighing the partisan connotation of blue and red versus the "neutral" approach of green and orange was difficult.

After knowing that I was going to focus on guns, it was tough to decide which angle to take; simply because there were so many options. Initial concepts focused on things like mass shootings vs. "everyday gun violence," the 2nd Amendment, and a case for a concept called "firearm localism." Ultimately, a look at the Urban and Rural divide proved to be most compelling.
‍

The amount of information was overwhelming at times. Finding and "cleaning" data led to multiple-hour long rabbit hole moments at my desk, attempting to make sense the right "story to tell" with the insurmountable data.
‍

Organizing the data was a process, to say the least. I learned that every piece of information is contingent and affects the landscape of the entire graphic.